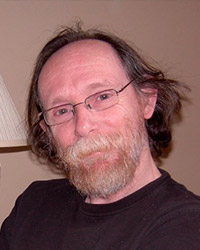 I was born in Québec City in 1951 and I lived there until 1966, when my family moved to Rimouski. I completed my secondary studies at the Séminaire de Rimouski, after having studied at the Séminaire des Pères maristes (Sillery) and the Séminaire Saint-François (Cap-Rouge). All my further education took place in Rimouski, first at the CÉGEP (1967-69), and then at UQAR, where I obtained a BSc (Biology) and an MSc (Oceanography).

During the summer of 1975, I moved to Halifax, where I had obtained a position with the Atlantic Regional Laboratory of the National Research Council. After 3 years in Halifax. I took a position with Marine Colloids (now Les Algues Acadiennes) in Southwest Nova Scotia. A year later I started a 37-year career at Université Sainte-Anne (in Church Point, NS), first as professor of Biology, then, starting in January 2009, as Dean of Arts and Sciences. Starting in July 2011, I also became Dean of Professional Programs. During my years as professor, I was very active in the faculty union and served in numerous faculty committees at the provincial and federal levels. Upon retiring, in 2016, I moved back to Québec City.

I have contributed two sons (Dominique and Xavier) to Mathurin’s lineage and my eldest son has added two sons of his own (Arthur and Allistair).