Founder of l’Association des Chabot and author of a data bank (digital and hard copy) about the descendants of Mathurin Chabot, first arrival and common ancestor. 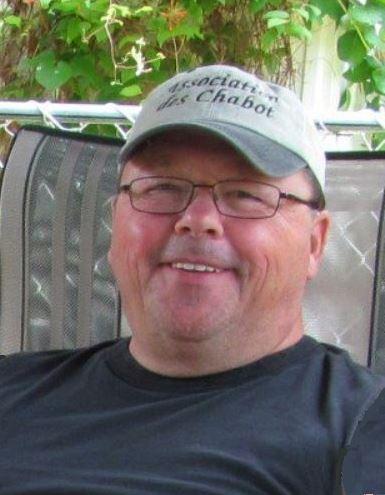 Few people know Claude Chabot, founding president of the Association des Chabot. Claude was a plumber by training before retiring in 2002, due to health problems. A trade unionist for ten years when he worked, Claude had all the qualities to represent a worker: diplomacy, persuasion, determination; we could always count on his availability. The man has aged, but his qualities have not faded.

Many people in their youth had a hobby, his was collecting postage stamps and, after seeing his albums, we see that he put a lot of method, thoroughness and patience in them. Genealogy having become his hobby in retirement, he began the genealogy of his family until one day, some people asked him if he was not related to a Chabot from a certain village, and it is from that moment that these were added to his genealogy database.

Over the years, meetings followed one another with a multitude of Chabots; he never counted his hours in getting to know them or to converse with them on the phone. Discreet when people told him a secret or about sad or dark events in their life, Claude has always kept their secrets to himself. Over time and over the years, several Chabots have joined Claude’s entourage; they became more than acquaintances, they became friends. I met Claude in 2005; already several Chabots were in his circle; several of us urged him to form the Association des Chabot and it was created on June 1, 2007.

After a few years, his health deteriorating, he gave way to other presidents, but he always kept an eye on his successors in order to keep the essence of the association as one which aims to bring together the descendants of our ancestor, while preserving their data on a genealogy program (more than 35,600 descendants of Mathurin Chabot have been found to date in 2020). Once a year, since its founding, the Chabots have come together to keep their association alive and thus maintain friendly ties with its members. Some are gone, but they left lasting memories in our friend’s mind.

The years go by and Claude still has his enthusiasm for his hobby, the phone calls never stop, and he continues to travel to meet new Chabots. Finally, he is like the motto of the Association des Chabot, he likes to get to the bottom of things.